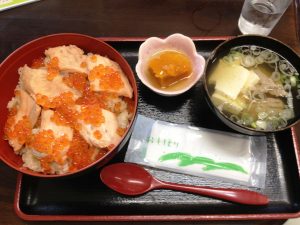 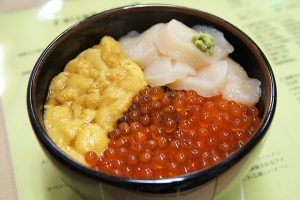 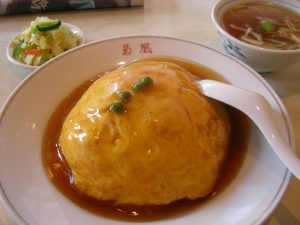 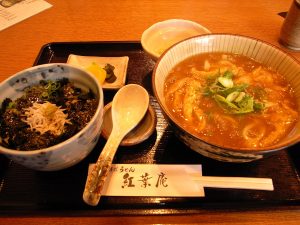 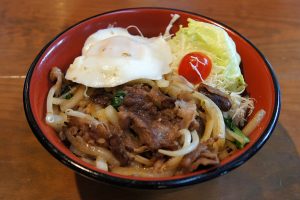 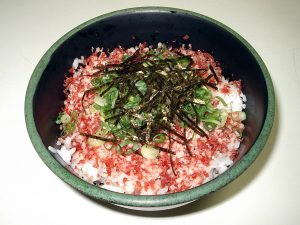 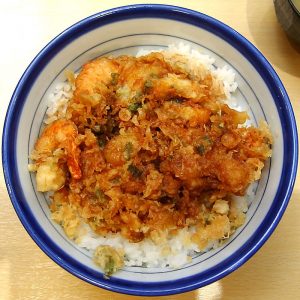 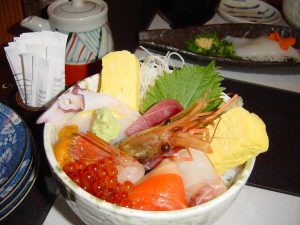 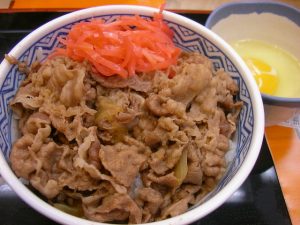 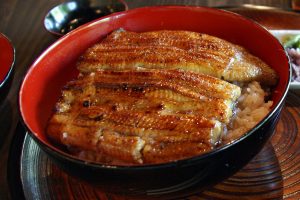 Donburi (丼, literally “bowl”, also abbreviated to “-don” as a suffix, less commonly spelled “domburi”) is a Japanese “rice-bowl dish” consisting of fish, meat, vegetables or other ingredients simmered together and served over rice. Donburi meals are usually served in oversized rice bowls which are also called donburi. If one needs to distinguish, the bowl is called donburi-bachi (丼鉢) and the food is called donburi-mono (丼物).

One can make donburi from almost any ingredients, including leftovers.